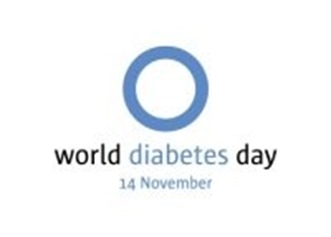 Well, I almost missed it, but I’m here! Hoping everyone had a productive World Diabetes Day. I spent part of the day participating on the 24-hour long Twitter chat for World Diabetes, which was definitely enjoyable. I don’t participate in Twitter chats nearly enough, mostly because on Wednesday nights I work until 8pm and so I don’t get home until the chat is more than halfway through.

My bit of diabetes advocacy for the day came in the form of a guest post for Anne of Fannetastic Food, a big healthy living blogger. Last month Anne posted about some recent blood work, and she talked a little bit about diabetes. I suggested to her that I could write a guest post about diabetes for World Diabetes Day and National Diabetes Awareness Month, and she agreed! I was so excited! But I was very anxious writing this guest post. Eventually I decided to write 14 things that people might not understand about diabetes, but in reality, I probably could have written about a hundred! It was very stressful trying to decide what to write and how to condense it so that it wouldn’t become a book. So far the comments have been amazing, so I’m really happy about that.

I’ve been kind of quiet around these parts mainly because school and work have taken up so much of my brain power that I haven’t been able to put together any thoughtful posts recently. But I’m going to try to get a few lingering posts up in the next couple of weeks, before the holidays roll in. Can you believe 2014 is almost over?!

How did you mark World Diabetes Day? Do anything special?

This entry was posted in Diabetes Advocacy. Bookmark the permalink.